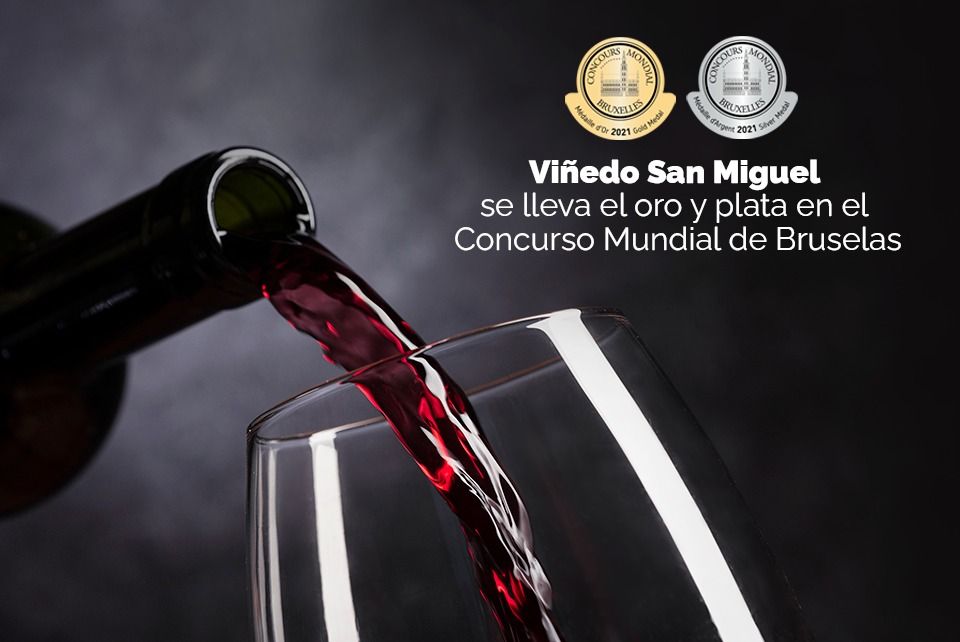 Viñedo San Miguel praised the region's wine culture by receiving gold and silver medals in the last edition of the Brussels World Contest.

Judges from different parts of the world participated in the Contest, as well as sommeliers and members of the specialized press, who tasted a wide variety of wines, to finally give their verdict.

Cabernet Sauvignon-Malbec (2020) and Blend (2019) were the winners with gold and silver medals, respectively, of the eight participating wines in this edition of the competition.

The Concours Mondial de Bruxelles began on November 29 at the Trasiego restaurant with a welcome meal by our chef David Quevedo, and ended on December 3 at Mineral de Pozos, with David Quevedo also preparing the farewell dishes.